The increase followed the Indian government’s extension of free import status and removal of import duty on refined
palm oils until 31 December 2022, in a bid to ease consumer prices. But the cut in the effective import duty on RBD
without simultaneous reduction in import duty on CPO could largely boost arrivals of palm olein and compel Indian refiners that struggle to procure crude oil to close, SEAI said.

In contrast, overall soft oil imports increased to about 1.3mn t this marketing year from 1mn t the same time last
year, mainly on the account of higher SBO imports. India’s total SBO arrivals increased to 866,631t in Decem-
ber-November 2021 from 573,593t in November-December 2020, due to declining domestic crushing activity. Argentina supplied 595,582t of product, followed by Brazil with 205,736t. Turkey significantly increased supply to 34,786t of product from only 7,000t the same time a year ago.
India’s sunflower oil (SFO) arrivals rose to 258,449t in December, more than doubling from 125,024t a month earlierbut down by 23,489t on the year.

Ukraine remained the main SFO supplier to India, covering more than 96pc, or 366,439t, of the total imported
volume. But this was down by 17,969t on the year, following higher prices for Ukrainian product compared with SBO. 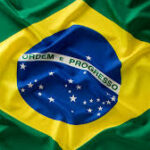 ISLAMABAD: Federal Minister for Finance and Revenue Shaukat Tarin clarified to Media on Friday that the government has developed a system under which it will […]