ISLAMABAD( B – Trams ): Imports of edible oil including soyabean and palm oil into the country during first seven months of current financial year increased by 34.70% and 55.75% respectively as compared the imports of the corresponding period of last year.

During the period from July-January, 2021-22 about 50,079 metric tons of soyabean oil costing $65.094 million imported as against the imports of 72,777 metric tons valuing $48.325 million of same period last year, according the data of Pakistan Bureau of Statistics.

Meanwhile, country imported over 1.802 million metric tons of palm oil worth $2.130 billion for fulfilling its domestic requirements during the period under review as compared the imports of 1.931 million tons valuing $1.367 billion of same period last year In last 07 months.

food group exports from the country grew by 20.87% as compared to the exports of the corresponding period of last year as different food commodities worth $2.952 billion exported as against the exports of $2.

The exports of food group from the country witnessed about 14.31% growth on year on year basis in January, 2022 as compared to same month of last year. 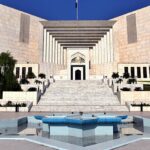 Palm Oil: decreased to a 5-week low of 5615 MYR/T, pressured by a slump in crude prices and Indonesia’s decision to remove its export restrictions […]