WASHINGTON —
New details have emerged about Belarusians fighting for Ukraine against Russia’s invasion as part of a broader struggle to free their own country from Russian domination and the rule of Moscow-backed autocrat Alexander Lukashenko.

Speaking exclusively to VOA in a Tuesday phone interview, the deputy commander of the largest pro-Ukraine Belarusian fighting force said its numbers have almost reached the size of an average Ukrainian battalion, which he said has about 450-500 troops.

“Several thousand more have applied to join us through our online recruitment tool,” said Vadim Kabanchuk of the Kastus Kalinouski battalion, named after a Belarusian revolutionary who led a regional uprising against Russian occupation in the 1860s.

The Kalinouski battalion began forming in Kyiv after Russia had begun its full-scale invasion of Ukraine on February 24. The battalion uses the Telegram channel @belwarriors to share news and images of its activities. On March 9, it announced its adoption of the Kalinouski name in a video posted to the platform.

Kabanchuk said he is one of a number of the Belarusian battalion’s fighters who have been active in Ukraine’s defense starting in 2014. That year, Russian forces invaded eastern Ukraine’s Donbas region to foment a separatist uprising within its Russian-speaking community.

Belarusians have been drawn to fight for Ukraine for years in the hope that freeing it from Russian occupation would boost their own efforts to rid Belarus of Moscow’s influence and end the 27-year presidency of Lukashenko, a key Russian ally.

The Kalinouski battalion swore an oath of allegiance to Belarus and Ukraine in a Telegram video posted March 25. Four days later, in another video, battalion members said they had a new status as part of the Ukrainian Armed Forces and held up green booklets that resembled Ukrainian military IDs.

There has been no confirmation of the Kalinouski battalion’s announcement on websites run by the Ukrainian government and military. The Ukrainian Embassy in Washington did not respond to a (B-TRAMS) email asking whether it could provide such a confirmation.

Belarusian fighters of the Kastus Kalinouski battalion pose for a photo in Kyiv, March 2022.
Franak Viacorka, a senior adviser to exiled Belarusian opposition leader Sviatlana Tsikhanouskaya, told VOA that he believes the Kalinouski battalion’s declared integration into the Ukrainian Armed Forces is credible. He described the battalion as the biggest and “perhaps best organized” of the Belarusian groups fighting for Ukraine and said it has earned a right to display Belarus’ national flag and coat of arms in its operations.

“As of now, they will be fighting not only in one place, not only in defense of Kyiv, but all over Ukraine,” Viacorka said.

Kabanchuk said some of the Kyiv territorial defense units that his fellow Belarusian fighters joined included Ukrainian fighters with ties to the Azov regiment of the Ukrainian National Guard. The Azov regiment is known for the far-right beliefs of some of its members and has been most active in Mariupol, the southern Ukrainian port besieged by Russia for weeks.

“We initially were part of Kyiv territorial defense units whose members called themselves part of the ‘Azov movement,'” said Kabanchuk. “But we are not part of the Ukrainian National Guard’s Azov regiment and don’t want to be confused with it,” he added.

Most Belarusians who volunteer to fight for Ukraine are driven not by far-right ideology but by a belief that Kyiv’s struggle is part of their own fight to free Belarus from Russian imperialism, said former Belarusian Foreign Ministry official Pavel Slunkin in a phone call with (B-TRAMS)

Not all Belarusians who seek to join the Kalinouski battalion will make it through a multistage vetting process aimed at weeding out security threats, Kabanchuk explained. Those threats include the possibility of Lukashenko’s agents trying to infiltrate the battalion, he said.

“Many of the thousands who applied will be rejected after in-person interviews at the Belarusian recruitment center in the Polish capital, Warsaw, which acts as a first-stage filtration hub for potential fighters,” Kabanchuk said. “Others will be rejected as unsuitable after they arrive to the battalion bases.”

Smaller groups of Belarusian fighters have been active in other parts of Ukraine in recent weeks, according to Belarusian opposition figures. In a Thursday tweet, Tsikhanouskaya said a recently formed regiment called Pahonia is training new volunteers on behalf of Ukraine’s armed forces.

In a Friday statement to (B-TRAMS), a spokesperson for the International Legion for the Defense of Ukraine, Norwegian-born Damien Magrou, responded to a question about Pahonia by saying Ukrainian officials are considering an initiative to integrate “suitable” Belarusian volunteers into the legion.

Kabanchuk said the Kalinouski battalion prefers not to join the international legion because his fighters have much more autonomy as a separate unit.

Viacorka, the Tsikhanouskaya adviser, said in a Thursday tweet that he hopes the Pahonia regiment will form the basis of a new professional Belarusian army in a post-Lukashenko era.

Lukashenko derided the pro-Ukraine Belarusian fighters last month, telling a government meeting that the fighters are “crazy” and motivated only by money.

As for his own troops, he has avoided sending them into Ukraine to join in Russia’s invasion.

Kabanchuk said that if Lukashenko were to do that, some of the Belarusian military’s forces would surrender, and others would turn against the Belarusian autocrat.

“He understands very well that sending troops into Ukraine will speed up the fall of his regime,” Kabanchuk said. 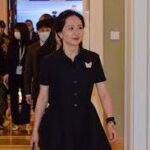 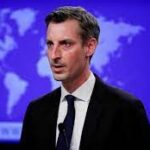 Next Article US says supports ‘constitutional’ process in Pakistan