Imran Khan will continue to serve as the prime minister of Pakistan till the appointment of a caretaker premier, a notification issued by President Dr Arif Alvi’s office said.

The notification said the decision was made in accordance with Article 224 A (4) of Pakistan’s constitution.

Earier the Cabinet Division had issued a notification de-notifying Khan as chief executive of the country, after President Alvi dissolved the National Assembly on Sunday.

Meanwhile, a meeting of Pakistan Tehreek-e-Insaf’s (PTI) Political Committee chaired Imran Khan was also under way to finalize the name of the caretaker prime minister to oversee the general elections likely to be held in July.

Sources privy to the development told Business Recorder that the party was considering around four people but no decision has been made.

On Sunday, Deputy Speaker of the NA Qasim Suri dismissed the no-confidence motion against Khan, declaring it “unconstitutional”, an anti-climactic development to weeks of planning and intense lobbying.

Suri, who was chairing the session, dismissed the motion, terming it a contradiction of Article 5 of the Constitution. The session lasted barely a few minutes.

In a brief address to the nation following the session, Khan said that after the “unconstitutional” nature of the no-confidence motion he has advised President Alvi to dissolve the assemblies, and call early elections.

Khan had suggested on Saturday that he might not accept a vote to oust him, a move he alleged was being orchestrated by the United States.

“How can I accept the result when the entire process is discredited?” Khan told a select group of foreign journalists at his office. “Democracy functions on moral authority – what moral authority is left after this connivance?”

“The move to oust me is blatant interference in domestic politics by the United States,” he said, terming it an attempt at “regime change”. 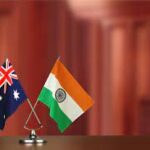 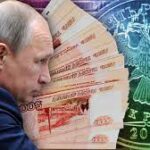 Next Article Russian rouble eases, stocks up on talk of new sanctions

After Export Grown By Pakistan, Italy Will Explore Focus On Trade Of Agriculture , Textile , Tourism