Russian rouble eases, stocks up on talk of new sanctions

The Russian rouble eased in early trade on Monday, heading away from a near five-week high against the dollar it touched last Friday, while the MOEX benchmark stock index climbed higher to levels seen before Russia sent thousands of troops into Ukraine.

The market was eyeing developments around what Russia calls “a special military operation” in Ukraine that started on Feb. 24, as well as risks of new western sanctions against Moscow on top of unprecedented penalties already imposed.

French President Emmanuel Macron said on Monday that a new round of sanctions targeting Russia was needed.

In recent weeks, the rouble got a boost from capital controls as well as from President Vladimir Putin’s demand that European consumers of Russian natural gas pay for it in roubles.

But Europe vowed to stay united against Moscow’s demand that they pay for its gas in roubles, as the threat of an imminent supply halt eased.

The rouble is expected to stay within a range of 80-90 to the dollar in the next two weeks, Promsvyazbank analysts said in a note. The market was also scrutinising Russia’s ability to keep on servicing its foreign debt.

On the stock market, jittery trading continued and nearly all blue chips were in the black after the market reopened last week following a near month-long hiatus.

Shares in Russia’s second-largest sanctioned lender VTB outperformed the market by gaining 7.6% on the day. 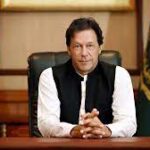 ISLAMABAD: The exports of fish and fish preparations increased by 30.02 percent during the first month of the current fiscal year as compared to the […]