PTI: Three years and seven months in government is equivalent to 71.1 percent of tenure completion, a time period sufficient to determine its achievements and failures and, of great relevance in a democratic set-up, to learn valuable lessons from those failures.

The past four Pakistani administrations have been reticent in learning lessons in the political and economic domains, and have persisted in taking decisions that account for the prevailing political polarization that has unfortunately seeped into the psyche of the general public, while all four inherited an economic impasse that was dealt with by going on an International Monetary Fund (IMF) programme soon after forming the government — 6 December 2001, 24 November 2008, 4 September 2013 and 3 July 2019. It is significant that each subsequent Fund programme was harsher than the previous one with the same structural adjustments identified as major lacunae in development efforts — lacunae or fault lines that have not been addressed due to political considerations accentuated by timidity.

It is also relevant to note that with a marked change in the geopolitical environment and the ensuing fallout/considerations, Pakistan’s leverage with the West has notably waned and this is evident by a noticeable lack of malleability by the Fund staff in their negotiations with Pakistan authorities to either tone down or phase out the harsh prior conditions.

And it is disturbing that all four governments implemented policies that clearly violated prudent macroeconomic policy measures — the Musharraf-led government by subsidising the price of fuel at a time when its international price had risen to a historic high of over 140 dollars to the barrel, the PPP government by refusing to reform the power and tax sectors, PML-N by implementing flawed policies including artificially keeping the rupee overvalued, and the PTI by announcing the 29 February 2022 relief package, envisaging a rise in subsidies effective till end June 2022 (not quantifiable as the amount depends on the international price of fuel and the PKR to dollar parity) and the industrial package the next day envisaging tax amnesty and exemptions for specific sectors that reportedly is a source of concern to the Fund and to the Financial Action Task Force.

Additionally, the Imran Khan administration has been forced to rely on roll-over of borrowing from ‘friendly’ countries during the Fund programme duration — China, Saudi Arabia and the UAE — with the three known to be extremely reticent about the terms and conditions of their assistance. Saudi Arabia, for reasons not given, first requested a return of the 3 billion dollars lent in 2019 and then to park the same amount in the State Bank of Pakistan last year for one year on extremely difficult terms. However, there are policy decisions taken by the PTI administration that must be appreciated domestically as have been internationally.

Foremost among them is the handling of the corona crisis. While no one will disagree with the contention that the reported cases and subsequent deaths may have been underestimated as the numbers tested were not as high as in other countries and that a large number of fatalities may have taken place in areas where they were neither diagnosed nor therefore monitored, yet the total number of reported deaths compares extremely favourably with regional countries. The decision of the prime minister to extend the Rs 1.2 trillion package was appreciated; however, the then finance minister Dr Hafeez Sheikh did not release the entire amount and included wheat procurement that is an annual feature and after sale the proceeds come back to the government and is usual component of the annual federal budget.

The PTI government’s decision to open the Kartarpur corridor was greatly appreciated internationally and the credit lies with Imran Khan instead of previous administrations which may have begun work on the project because he took full ownership and therefore credit for the project.

It is the general lack of ownership of even good projects launched by one’s political opponents that is baffling. Examples include the disbanding of the department set up by Chaudhary Pervez Elahi as the Chief Minister Punjab charged with the responsibility of picking up beggar children and placing them where they could attend school and/or learn a trade while allowing parents, with the agreement of the minor, to take him/her home with the warning that if the child is found begging again it would mean losing the child forever; and Shehbaz Sharif had set up effective dengue cells that had drastically reduced the prevalence of the disease ignored by Buzdar.

Today, the electricity demand-supply gap is estimated at over 4000MW and this in spite of the total generation capacity of 40,000MW and demand of less than 24,000MW. The outcome: severe load shedding, estimated at around 8 hours a day.

There is no doubt that the government must be credited with successfully renegotiating the take and pay to take or pay for independent power producers set up under previous policies and payable in rupees as opposed to dollars (excepting those units set up under the umbrella of China Pakistan Economic Corridor), yet the circular debt has risen from a high of 1.2 trillion rupees in 2018 to an alarming 2.5 trillion rupees today — a reflection of not only systemic problems in the sector but most unsettling is the fact that this is the third year in a row that the government has not imported the cheaper fuel — RLNG in particular — on time which has led to shortages.

The State-Owned Entities continue to be big guzzlers of public money without any progress in reversing the losses especially of the big three white elephants notably Pakistan Steel, Pakistan International Airlines and Pakistan Railways, in spite of restructuring their boards and appointing new chief executive officers.

One would hope that lessons will be learned from failures and successes but for that it is critical to have access to accurate data, rather than doctored one to show good performance of the ministries. And the cabinet members, collectively and individually, and spokesperson(s) must not focus on a flawed narrative but on achievements and identify ways to deal with the issues at hand. 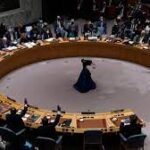 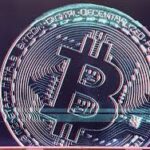 Next Article Cryptoverse: NFT bubble gets that shrinking feeling