The U.N. Security Council is expected to focus a meeting Tuesday on the killings of civilians in Ukraine, a day after U.S. President Joe Biden said Russian leader Vladimir Putin should face a war crimes trial.

Britain holds the rotating presidency of the council this month, and its U.N. Ambassador Barbara Woodward told reporters the issue of civilian killings during the Russian invasion of Ukraine would be “front and center.”

Ukrainian Foreign Minister Dmytro Kuleba said late Monday he discussed the issue with Guterres, including the situation in Bucha, a suburb of Ukraine’s capital where alleged atrocities committed by Russian troops have been discovered in recent days.

“Stressed that Ukraine will use all available U.N. mechanisms to collect evidence and hold Russian war criminals to account,” Kuleba tweeted.

A spokesman for satellite company Maxar Technologies said in a statement Monday that images collected over Bucha in mid-March verify and corroborate “recent social media videos and photos that reveal bodies lying in the streets and left out in the open for weeks.”

The bodies of 410 civilians have been removed from Kyiv-area towns that were recently retaken from Russian forces, Ukraine’s prosecutor-general, Iryna Venediktova, said.

“You may remember I got criticized for calling Putin a war criminal,” Biden told reporters Monday. “Well, the truth of the matter, you saw what happened in Bucha. This warrants — he is a war criminal. But we have to gather the information.”

“This guy is brutal and what’s happening in Bucha is outrageous, and everyone’s seen it,” Biden said, referring to Putin as the U.S. leader returned to Washington after a weekend in his home state of Delaware. “Yes, I’m going to continue to add sanctions.”

The U.S. State Department said that Washington, at the request of Ukraine, would support a multinational team of prosecutors who will collect evidence of alleged

Zelenskyy visited Bucha on Monday, telling his people on national television it is now harder to negotiate an end to the war with Russia as the atrocities committed by Moscow’s troops become more apparent.

With evidence of civilians tied together and shot at close range, a mass grave and bodies strewn on the streets of Bucha, Zelenskyy declared, “These are war crimes and will be recognized by the world as genocide.”

Zelenskyy, wearing body armor and surrounded by military personnel in his first reported trip outside Kyiv since the February 24 Russian invasion, said, “It’s very difficult to talk when you see what they’ve done here. The longer the Russian Federation drags out the meeting process, the worse it is for them and for this situation and for this war.”

“We know of thousands of people killed and tortured, with severed limbs, raped women and murdered children,” he said.

Later Monday, in a video address to the Romanian parliament, Zelenskyy said he fears there are more places where even worse atrocities have taken place.

“We have every reason to believe that there are many more people killed,” he said. “Much more than we know now.”

Kuleba echoed those comments Monday saying, “The horrors that we have seen in Bucha is just a tip of the iceberg.” During a news conference with British Foreign Secretary Liz Truss in Warsaw, he said, “I can tell you without an exaggeration but with great sorrow, that the situation in Mariupol is much worse.”

The Mariupol mayor said Monday that about 130,000 residents remain trapped there and that “everything” has been destroyed in the southern city, including all its municipal buses.

A spokesperson for the International Committee of the Red Cross said that it had been unable for a fourth day to move an evacuation convoy and humanitarian aid into the city.

Russian troops pulled out of Kyiv suburbs in recent days to concentrate their attacks on Ukrainian cities near the Black Sea and in the contested Donbas region of eastern Ukraine. The scenes of devastation left behind in Bucha and other suburbs have galvanized condemnation of Moscow.

U.S. State Department spokesperson Ned Price said images from Bucha “suggest these atrocities are not the act of a rogue soldier. They are part of a broader, troubling campaign. Those responsible for atrocities must be held accountable.”

Lithuania expelled the Russian ambassador stationed in Vilnius and recalled its own ambassador from Moscow. Meanwhile, both France and Germany said they are expelling Russian diplomats from their countries.

Western leaders are raising the possibility of further economic sanctions on Russia, including restrictions on energy imports. Europe, however, relies heavily on the purchase of several types of Russian energy, leaving the Western allies at odds as to the extent and timing of any cutback.

Europe gets 40% of its natural gas and 25% of its oil from Russia, with European governments trying to find ways to reduce that reliance without curbing economic growth. Over the weekend, Lithuania announced it cut itself off entirely from gas imports from Russia.

German Vice Chancellor Robert Habeck, who is also the country’s economy minister, said Europe can go “significantly further” in imposing sanctions against Russia. He said Germany, which has faced opposition for taking a longer-term approach to abandoning Russian energy imports, hopes to end Russian coal imports this summer and oil imports by the end of the year.

“We are working every day on creating the conditions for and steps toward an embargo,” Habeck said. “We are on the right track.”

Polish Prime Minister Mateusz Morawiecki assailed the French and German leaders by name for not doing more against Russia, while calling for actions “that will finally break Putin’s war machine.”

“President [Emmanuel] Macron, how many times have you negotiated with Putin? What have you achieved? … Would you negotiate with Hitler, with Stalin, with Pol Pot?” Morawiecki asked. “Chancellor Scholz, Olaf, it is not the voices of German businesses that should be heard aloud in Berlin today. It is the voice of these innocent women and children.”

Morawiecki said, “The bloody massacres perpetrated by Russian soldiers deserve to be called by name: This is genocide.”

Some information for this report came from The Associated Press, Agence France-Presse and Reuters

Previous Article Internatinally Wheat Surged To $10.3 Per Bushel As More Sanctions Implemented By US And Europe On Garin Supply 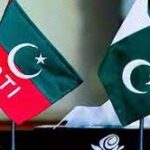 SINGAPORE: Crude  Oil prices climbed on Monday as a weaker dollar and supply concerns ahead of the European Union embargo on Russian oil in December […]