Domestic political tension and negative economic indicators kept Pakistan’s rupee under pressure as the currency closed over the 186 level against the US dollar for the first time after a substantial 0.48% fall in the inter-bank market on Wednesday.

The rupee has now lost over 18% since its most-recent high in May last year, while on a fiscal year to date (FYTD)

“Prior to the ongoing political turmoil, we were on a reform path as the country’s current account deficit was declining. However, as there is no government now, that reform path is now unclear. Naturally, the rupee will fall,” said Hashmey.

The market expert added that clarity on the political end would revamp the rupee back to its ‘pre crisis’ level of 180.

Meanwhile, the local business community has also expressed concern over the devaluation of the local currency. Karachi Chamber of Commerce & Industry (KCCI) president Muhammad Idrees urged the central bank to play its role and devise an effective strategy to stop further devaluation.

“Although experts are attributing rupee devaluation to political uncertainty, the SBP, being the regulator, has to play a role. Otherwise, it will create a lot of problems for the economy,” he said in a statement.

The Pakistan Business Council (PBC) also expressed concern over the rate of depletion of foreign exchange reserves and called for urgent attention.

“Correct the price of fuel, impose rationing,” said the PBC, adding that the said decisions might be unpopular and difficult, but can be taken by the caretaker setup. “Then address more fundamental reforms which call for consensus,” it added. 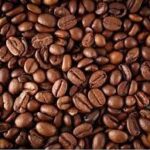 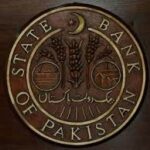 Next Article Pakistan’s growth rate to slow down to 4% in FY22: ADB

DOHA: Prime Minister Shehbaz Sharif on Thursday said that Pakistan and Qatar had a clear vision of the future with new opportunities and greater awareness […]