KUALA LUMPUR: Malaysian palm oil futures were little changed on Wedneday after trading in a tight range on either side of 5,890 ringgit, as traders assessed supply uncertainties amid fears of new sanctions on Russia, and prospects of rising exports and production.

The benchmark palm oil contract for June delivery on the Bursa Malaysia Derivatives Exchange closed down 7 ringgit, or 0.12%, at 5,908 ringgit ($1,402.33) a tonne, snapping a two-day rally.

“With the trade disruptions of sunflower seed oil in the Black Sea region, rising festive demand and the removal of the Indonesia’s Domestic Market Obligation, palm oil shipments from Indonesia and Malaysia are expected to see an increasing trend in the near-term,” Refinitiv Commodities Research said in a note.

“This is balanced by rising output that has gradually increased on seasonality,” it added.

Coupled with demand destruction due to high prices, crude palm oil prices have seen a retracement from its peak, Ivy Ng, regional head of plantations research at CGS-CIMB Research, said in a note.

The United States and its allies on Wednesday will impose new sanctions on Russian banks and officials and ban new investment in Russia, the White House said, after officials in Washington and Kyiv accused Moscow of committing war crimes in the Ukrainian town of Bucha.

Dalian’s most-active soyoil contract rose 3% while its palm oil contract gained 4% after a two-day closure. Soyoil prices on the Chicago Board of Trade were up 0.6%. 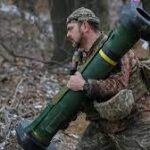 Previous Article US Announces $100 Million in Military Aid for Ukraine

Next Article Coal Rebounded To Around $300 Per Tonne

ISLAMABAD: In line with SECP’s continuous efforts for modernizing of the corporate sector and making it more inclusive, SECP has published a concept note on […]