Coal prices are expected to rise significantly after the markets open on Friday after European Union countries signed a ban on coal imports from Russia and pledged to start working on an embargo on Russian oil, gas and nuclear fuel.

On Thursday, Newcastle coal futures, the benchmark for the top consuming region Asia, were trading around $285 a tonne regaining the ground after falling below $260 a tonne at the end of March.

The EU depends on Russia for around 45% of its coal imports. Coal hit a record high of $430 a tonne in March, as the Ukraine war prompted users to seek alternatives to Russian shipments, and as an economic rebound from the pandemic sparked demand for fossil fuels.

In the US, prices for coal from Central Appalachia surged to above $106 a tonne last week, the highest since late 2008, while prices in the Illinois Basin topped $100 for the first time since 2005. 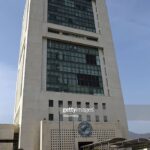 Gold: Prices eased below $1,790 an ounce on Thursday, slipping further from one-month highs, weighed down by profit taking and hawkish remarks from Federal Reserve policymakers. […]

Gold: slipped below $1,870 an ounce on Monday, easing from a one-month high hit earlier in the session, as red-hot US inflation data lifted the […]

Gold bounced back toward $1,770 an ounce on Wednesday after tumbling 0.6% in the previous session, amid a pullback in the dollar and Treasury yields. […]