Opposition Leader in the National Assembly Shehbaz Sharif said on Thursday that the united opposition will now give a “genuine surprise”, and not a “fake one” on the day of voting on the no-confidence motion against Prime Minister Imran Khan on Saturday, B-TRAMS News reported.

Shehbaz SHARIF said:he was thankful for the unanimous decision against the unconstitutional ruling of Deputy Speaker Qasim Suri to disallow the no-trust motion.

He said that the apex court’s verdict not only upheld the Constitution but also ended political uncertainty in the country, besides upholding the Parliament’s sovereignty and sanctity.

Earlier, in a unanimous decision, the Supreme Court set aside the ruling issued by the deputy speaker on the no-trust vote against Prime Minister Imran and restored the National Assembly.

The court ruled that President Dr Arif Alvi’s decision to dissolve the National Assembly was “illegal” and restored PM Imran as well as his cabinet.

The apex court also ordered National Assembly Speaker Asad Qaiser to convene the session on Saturday (April 9) at 10:30 am, saying that the session cannot be adjourned without the conclusion of the no-trust motion.

“If the no-confidence motion against the prime minister succeeds, then the assembly will appoint the new prime minister,” the court’s order said.

The order further noted that the government cannot interfere in the participation of any lawmaker in the assembly session. 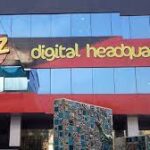 Next Article ‘Jazz fully compliant with all tax obligations’

LAHORE: Punjab Finance Minister Hashim Jawan Bakhat said on Tuesday that this year, the government would organize traditional horse and cattle show across the province which would continue […]

ISLAMABAD: Pakistan’s Oil import and consumption of petroleum products have increased significantly, according to an industry report, indicating a rise in economic activities and consumer […]