In September-January 2021/22, about 34 thousand tons of sunflower oil were exported from Kazakhstan, which is 21% less than in the same period last season. Konstantin Nevzorov, President of the Oil and Fat Union of Kazakhstan Association, said this during the Asia Grains & Oils Conference 2022 international conference.

“The sales market in the current season is more consolidated. The main volumes of Kazakh sunflower oil for 5 months were shipped to two countries – Uzbekistan and Tajikistan, which accounted for 98% of export deliveries. In the past MY, this indicator was estimated at 71%. At the same time, there is a decrease in supplies to Uzbekistan, which was fully offset by an increase in purchases from Tajikistan,” he specified.

According to the expert, the decrease in purchases by China by 97% had the greatest impact on the reduction in exports in the reporting period. 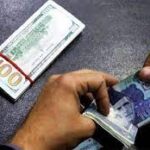 Next Article Palm Oil Is Likely To Trade In Volatile Mode Next Week ; Analysis Report

ISLAMABAD(B-Trams): Ten shiploads of edible oil from Indonesia and Malaysia will arrive Pakistan in the next two weeks as the major development was achieved after […]

PALM OIL MARKET FUTURE : Well in regards to market that moving the prices in upward trajectory is mainly Indonesia imposing restrictions on export of […]