A lengthy depreciation run for the Pakistan rupee ended on Friday, as the local currency strengthened on account of clarity on the political and economic fronts, recording its biggest increase on a day-to-day basis in the inter-bank market in two years.

As per the State Bank of Pakistan (SBP), the rupee closed at 184.68 after a day-on-day appreciation of Rs3.5 or 1.90%. On Thursday, the local currency dropped to 188.18, its weakest level in history with the market thrown into panic mode over the future course of the currency.

While it posted a massive gain on Friday, the rupee has still lost over 17% since its most-recent high in May last year, and nearly 14.7% during the fiscal year to date.

Samiullah Tariq, Head of Research at Pak Kuwait Investment Company Limited, said the gain is a result of a combination of steps.

“Political clarity brought by the Supreme Court’s decision, followed by the central bank’s announcement to increase policy rate by 250bps and imposition of cash margin brought improvement across all markets,” .he told (B-TRAMS)

Oil prices, also a key determinant of currency parity, rose on Friday but were set to drop around 3% for the week as consuming countries’ planned release of 240 million barrels from emergency stocks offset some concerns over reduced supplies from Russia because of western sanctions.

“A new government will have to manage external balance, and need to resolve issues with the International Monetary Fund (IMF) for the revival of the seventh review of the Extended Fund Facility (EFF).

“The commodity super cycle in the international market is also expected to end soon, amid peace talks between Russia and Ukraine, Iran-US nuclear deal, and the cooling down of economic activity around the world. This will lead to a steep decline in commodity rates, which would benefit Pakistan.”

Against Euro, the PKR gained one rupee for both buying and selling, closing at 200 and 202, respectively.

Against UAE Dirham, the PKR gained 1.30 rupees for both buying and selling, closing at 50 and 50.50, respectively.

Against Saudi Riyal, the PKR gained 1.20 rupees for buying and 70 paisas for selling, closing at 49 and 50, respectively.

Open-market rates for dollar on Friday 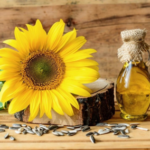