Shah Mahmood Qureshi’s will contest in the re-election for the slot of the prime minister after their nomination papers were accepted by the National Assembly of Pakistan.

Taking to Twitter, the NA announced that the nomination papers of both candidates were scrutinised, after which they were accepted.The prime minister’s slot fell vacant after Imran Khan was ousted through a no-confidence vote after the National Assembly (NA) debated on the matter for more than 12 hours and the political situation in the country took a critical turn.

The NA session to elect the new leader of the House will convene at 2pm tomorrow (Monday).

Talking to journalists after submitting his nomination papers, Shahbaz Sharif said that national harmony will be his top priority. “People will be provided relief after boosting the economy,” he added.

The PML-N leader said that he will form a new cabinet after consultation with Opposition leaders. He said they will kick off a new era and will promote a culture of mutual respect in the country.

Talking about foreign policy, Shahbaz said that they wanted peace with India but it is not possible without the resolution of the Kashmir issue.

Responding to a question about cases against PML-N supremo Nawaz Sharif, he said that the cases will be perused according to the law. 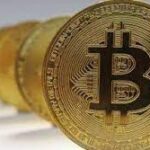 Next Article WTI Crude Oil Decreased 3% To $96 Per Barrel

KARACHI: Industrialists are concerned that the government has not made adequate arrangements for gas supply amid the impending winter. The Karachi Chamber of Commerce and […]