CHICAGO: wheat futures rose further to $10.9 per bushel, the highest in over two weeks and 28% above prices before the war in Ukraine on expectations of lower supply.

The USDA lowered global ending stock forecasts by 3.1 million tonnes to 278 million largely due to lower exports from Ukraine, projected at 18.2 million tonnes, which is half of last year’s shipments.

Data from the UN’s FAO indicated that Ukrainian wheat production is expected to fall below its 5-year average in 2022, with at least 20% of winter plantations not being harvested due to direct destruction, constrained access, or lack or recourses to harvest the crop.

Meanwhile, the FAO emphasized there is high uncertainty with the expected wheat output for Russia, as sweeping sanctions and a declining economy could raise shortages of agricultural inputs. Together, Russia and Ukraine were responsible for nearly 30% of world wheat exports before the war. 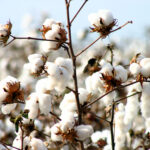