LAHORE: After assuming office on Tuesday, the newly-elected Prime Minister Shehbaz Sharif cancelled two weekly-off days in government offices and from now on there will be only one weekly off for govt employees.

The prime minister Shehbaz Sharif also announced changes in office timings as government-run offices will now start operating at 8am instead of 10am.

PM Shehbaz Sharif also issued directions for the implementation of relief measures announced by him yesterday in the National Assembly.

He has directed concerned authorities to ensure strict monitoring of Sasta Bazaars during Ramadan in order to ensure the provision of quality items to the people at reduced rates.

“No negligence in this regard will be tolerated,” the prime minister said.

PM Sharif also directed to immediately implement the announcements made regarding increase in pension and minimum wage of Rs25,000.

Talking to the staff of the PM Office, the prime minister said: “We have come to serve the masses and no moment will be wasted. Honesty, transparency, diligence and hard work are our guiding principles.”

Earlier in the day, Prime Minister Shehbaz Sharif, who took oath as 23rd Prime Minister of the Islamic Republic of Pakistan last night, was given a guard of honour on his arrival at PM House in Islamabad.

PM Shehbaz Sharif inspected the guard of honour as the contingents of the armed forces presented a salute to him. 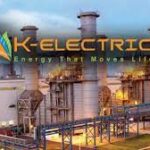 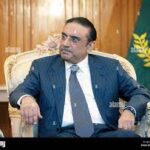 ISLAMABAD:  Pakistan Strategic wheat stocks of the country are recorded at 8.644 million tons, which are sufficient to tackle with the domestic food requirements as […]

ISLAMABAD:The Federal government has successfully launched the Ramzan Relief Package through Utility Stores Corporation (USC) to provide special subsidy on 19 basic items for the convenience of […]