ISLAMABAD: Newly elected Shahbaz Sharif-led government has to face difficulties as it was not handed over the control of various digital assets, including the PM Office’s official Twitter, handle, by the previous government, revealed well-placed sources on Tuesday.

The new government has to create a new Twitter handle — for the PM Office to provide information to the people as the PTI had denied access to the digital media assets of the state.

It is pertinent to mention here that the digital assets are owned by the Government of Pakistan.

The PM Office’s previous official Twitter account, was managed by the Digital Media Wing of the information ministry headed by Imran Ghazali. The account has 3.5 million followers.

After the removal of the PTI government, the account was archived and renamed “Prime Minister’s Office (Aug’18 – Apr’22) Archived”.

He further added that these accounts will follow the US archiving format. 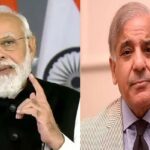 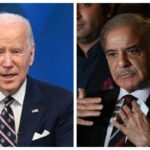 The Most Beautiful River Cities