MOSCOW : The United Kingdom will not stop oil and gas production in the country despite ongoing large-scale protests by environmental activists, UK Secretary of State for business, Energy and Industrial Strategy Kwasi Kwarteng said on Wednesday.

Climate activists from the Extinction Rebellion movement began a series of large-scale protests dubbed April Rebellion in London on Saturday, demanding an immediate end to all new investments in fossil fuels. Earlier on Wednesday, the movement reported that protesters, including scientists, were gluing themselves to government buildings and posted video evidence on Twitter.

“My message to XR activists gluing (?!) themselves to my Department: You cannot – and we won’t – switch off domestic oil and gas production.

Doing so would put energy security, jobs and industries at risk – and would simply increase foreign imports, not reduce demand,” Kwarteng tweeted.

In April, the Extinction Rebellion joined forces with other movements to block oil facilities across the UK in an effort to draw attention to the environmental damage and corruption that fuel extraction causes. More than 200 people have been arrested across the UK for obstructing businesses, according to the police. 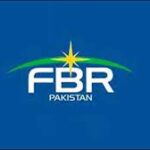