ISLAMABAD: National Assembly Deputy Speaker Qasim Suri on Saturday resigned from his post ahead of voting on no-trust motion submitted against him by PML-N

His resignation comes after the lower house of parliament was scheduled to meet today at 12:00am with voting on no-confidence motion against the Deputy Speaker Qasim Suri on agenda.

According to the agenda issued by the National Assembly Secretariat, the voting on the no-trust motion against the deputy speaker have to take place today, while the election and oath-taking ceremony of the new speaker of the lower house will also be held on the same day.

PPP’s Raja Pervaiz Ashraf was elected unopposed as he was the only candidate who filed the nomination papers for the top assembly slot.

“The change in the schedule has been made by the acting speaker under Rule 49(2) of the Rules and Procedure for the Conduct of the Business in the National Assembly 2007,” the NA secretariat had said in a notification.

The Islamabad High Court (IHC) on Friday had refused to intervene in the proceedings of the National Assembly on a plea against Deputy Speaker Qasim Suri’s decision to postpone the proceedings until April 22. 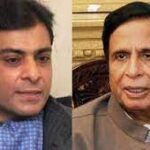 The Food Price Index Surge 159.3 % Up By 12.6% As Supply Reduced And Soaring Fertilizer Price