GILGIT: Prime Minister Shahbaz Sharif on Sunday visited the site of Diamer Bhasha Dam during his daylong visit of Gilgit-Baltistan.

The prime minister visited the site of the dam and inspected construction work of the project.

Addressing on the occasion Shehbaz Sharif said that Diamer Bhasha dam project was launched during the tenure of Mian Nawaz Sharif, it will boost the economic development in the country.

The water reservoir after completion will promote irrigation and agriculture, he said and invited foreign investors to come forward and invest in the project.

“We have to think about large energy projects immediately. Our crops need water supply on large scale and we will encourage the international investors,” the prime minister said.

“There were several challenges with regard to procurement of land for the project, which were tackled amicably and the work on project has now begin,” he further said.

“This project is very important for energy supply to Pakistan. We have to learn from the past to ensure saving precious water,” he said.

The prime minister urged setting up a hospital at the project site, he also urged for initiating a study about the need of a tunnel in the area.

Chairman Wapda Lt. General (Retd) Muzzamil Hussain in a briefing to the prime minister said that the water supply for irrigation will increase after completion of Diamer Bhasha Dam. The project will also enhance power generation in the country, he added. during his visit. 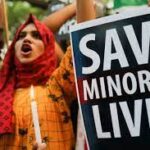 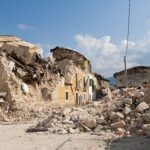 PARIS: Four years ago, fried-chicken chain KFC tweeted from its Canadian account that it would accept bitcoin as payment for its “buckets”. The company told AFP its […]