After Musk’s TED talk on Thursday, he hinted at the possibility of a hostile bid in which he would bypass Twitter’s board and put the offer directly to its shareholders, tweeting: “It would be utterly indefensible not to put this offer to a shareholder vote”.

Over the weekend Musk, already the San Francisco-based company’s second-largest shareholder after amassing a 9.1% stake in the social media firm, tweeted Twitter board’s “economic interests are simply not aligned with shareholders”.

Twitter on Friday adopted a “poison pill” to limit Musk’s ability to raise his stake in the company.

Thoma Bravo, a technology-focused private equity firm that had more than $103 billion in assets under management as of the end of December, informed Twitter that it was exploring the possibility of putting together a bid 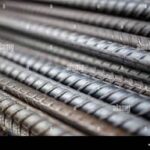 BEIJING: The Pakistani businessmen and traders participated in the 28th China Lanzhou Investment and Trade Fair kicked off in Lanzhou, capital of northwest China’s Gansu […]

ISLAMABAD:Qatar Invest In Pakistan a bilateral ties were discussed in a virtual meeting between Minister for Finance and Revenue Miftah Ismail and CIO – Africa […]