Another round: Pakistan’s Abhi raises $17mn in Series A Funding

Pakistan’s financial platform Abhi Pvt announced on Tuesday the completion of a $17-million Series A fund-raising round. The Karachi-based startup allows salaried employees to access funds before payday.

The startup, founded by Omair Ansari and Ali Ladhubhai in 2021, said it intends to use the latest funding to expand operations and its team, while also meet growing customer demand. The company hopes to become the first financial wellness platform by changing how people spend their money through its web and mobile app

In June 2021, the company raised $2 million as seed investment, led by Vostok Emerging Finance. Later, in November, it said it had raised funds again, this time at a $40-million valuation, just months after introducing its business. The amount of funds raised in this round was not disclosed.

Abhi’s platform looks to enable employees of its partners to withdraw salary advances based on their accrued wages at any time. As the fintech will be funding these advances, they will have no effect on partner employer’s balance sheets and repayments will be deducted from the employee’s salary.

It takes less than 30 seconds and two clicks for a registered user to access the funds on the app, the company said, with a flat 2% transaction fee. The funds are automatically deducted from the next paycheck.

Meanwhile, the company said it is currently cash flow positive and has seen its Total Payment Values processed increase from $2 million in November 2021 to $46 million as of February 2022.

CEO Omair Ansari said: “We are delighted to announce this $17 million funding round, especially with the calibre of investors involved … the proceeds will support our exponential growth, and help us meet customer demand.”

Stefan Klestil, General Partner at Speedinvest, said: “Abhi’s unique insight and payroll integration perfectly position them to build effective financial services both for employers and employees alike. With Omair and Ali spearheading this movement, Abhi has the potential to change millions of lives across MENA and South Asia.”

Pakistan has witnessed exponential growth in its startup sector, which raised $163 million across 15 deals during the first quarter of 2022 alone, according to a Deal Flow Tracker by Invest2Innovate (i2i). 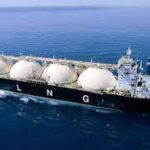 What Can You Do To Save Your TECHNOLOGY From Destruction By Social Media?