The cost of generating electricity has increased by 66.2% in just one year, going up to Rs9.22 kWh in March 2022 compared to Rs5.55 kWh during the same month last year.

“On YoY basis, the rise in fuel cost is witnessed mainly due to rise in coal, furnace oil, re-gasified liquefied natural gas (RLNG), nuclear and gas based cost of generation,” read a note by Arif Habib Limited (AHL) on Tuesday.

Meanwhilem the cost of hydel-based power generation has decreased by 2.1% YoY.

The power generation mix shows there was lower dependence on coal and hydel in March 2022, with Residual Fuel Oil (RFO), nuclear and wind sources of power stepping in to cover the gap.

Coal was the leading source of power generation, accounting for 24.8% of the generation mix with 2,587 GWH generated in March 2022, as compared to 2,734 GWh generated in the same month last year, showing a decrease of 5.4%.

Additionally, wind-based generation increased by 58% YoY to 268 GWh in March 202 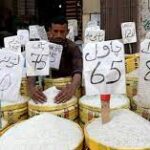 SHANGHAI, April 1 (B-TRAMS) – Telecoms giant Huawei Technologies (HWT.UL) has given its finance chief Meng Wanzhou, who returned to China in 2021 after nearly […]