Addressing a press conference in Lahore, the minister said that the European Union granted GSP Plus status and access to its markets to Pakistan. However, Imran Khan started to challenge the EU to save his politics.

“If Pakistan wants to be a strong country, we need to have a strong economy,” he said. “That can only happen when we align ourselves with the global economy.”

He said that US markets provide a huge platform for the progress of our businesses. “Pakistan wants access to US trade markets as well as US technology in several sectors.”

The federal minister said that Imran Khan termed the no-confidence motion against his government an international conspiracy. The National Security Committee (NSC) dismissed the possibility of any foreign conspiracy twice, however, “Imran Niazi is playing with national interests to keep his politics alive.”

He said that Imran Khan questions courts’ verdicts during his public gatherings. “The courts were opened at midnight to stop violations of the constitution.”

Iqbal said that the former PTI government insulted the Supreme Court by not following its verdict regarding local governments. He said that Imran Khan is now making the Election Commission controversial as he knows the expected decision in the foreign funding case.

To question, the minister said that the new government will not make any baseless case against Imran Khan, and only “genuine cases” would be lodged. “Evidence will guide all our actions,” he said. 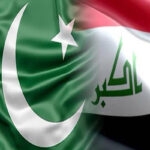 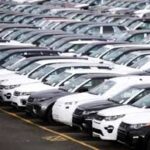