ISLAMABAD:  The prices of essential kitchen items have witnessed a mixed trend during this week past as compared to preceding week, revealed a survey carried out

No changes were observed in the prices of various brands of packed spices as a pack of 25 gram Shan and National spice is being sold at Rs75-80 per pack but the suppliers have reduced the size of the pack from 43 grams to 25 grams.

Powder chillies price is stable at Rs465 per kg and powder turmeric prices at Rs400 per kg. Lemon price witnessed an increase of Rs2,000 per 5kg as it went up from Rs1,200 per 5kg to Rs3,200 per 5kg in the wholesale market which in retail are being sold at Rs800 per kg against Rs300 per kg.

Tags :
Prices of essential kitchen i

Previous Article Impact Of Plam Oil Exports Ban By Indonesia And When Will Indonesia Lifted The Ban ? 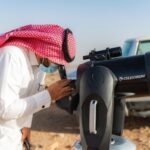 Next Article Eid-ul-FitrTo Begin In Saudi Arabia On Monday

Prime Minister Shehbaz Sharif said on Saturday that the development of Balochistan province was among the top priorities of the government. The prime minister said […]