Addressing a large gathering in Bisham, he also announced a medical college for the area.

The premier assured that the coalition government would work ceaselessly to transform KPK into a developed province.

PM Shehbaz also criticised the PTI government for its performance, lamenting “historic inflation, accruing of loans worth Rs2.4 trillion, no new hospitals in KP and delay in development projects while taking credit for projects initiated by the PML-N”.

“Due to their corruption and incompetency, the previous rulers even did not put a single brick to the stalled projects, the BRT was delayed causing billion of rupees losses,” he said, adding the former rulers only unveiled plaques of the projects launched by the PML-N government.

He said during PML-N rule in Punjab province, orphans, widows, and hopeless were provided free-of-cost treatment, adding that the same facilities have been restarted after a gap of four years. “The medicines were being provided irrespective of the class differences,” he added.

He said that his government would leave no stone unturned to provide all the basic facilities of life to the people of the province, regretting that basic items like wheat and sugar had been taken out of the reach of the poor people by the former PTI government.

He further informed that the provincial government in Punjab would soon announce similar relief to the people and urged the KPK chief minister to follow suit to provide relief to the masses.

The prime minister said if his request was not heeded, he would come forward to serve the masses in KPK with the provision of such relief.

He also appealed to chief minister KPK to provide free-of-cost medicines and treatment to poor families.

The prime minister said: “Shehbaz Sharif is ready to embark upon such initiatives as the national resources belong to all provinces.”

“I will sell my clothes to provide relief to the people of KPK,” he added. 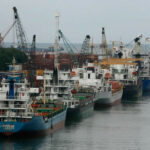