Gold: Traded around $1,730 an ounce on Tuesday, hovering its lowest levels in nine months, as investors opted for the dollar as a hedge against surging inflation and recession risks over the metal.

Expectations that the Federal Reserve will continue to aggressively raise interest rates also pressured gold, as a stronger-than-expected jobs report and upcoming US inflation data could bolster the central bank’s tightening plans. 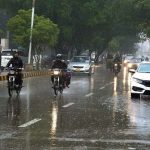 Next Article Rain wind/thundershower expected in various parts of Pakistan

Gold Stabilizes Ahead of US Jobs Report

Gold : stabilized around $1,770 an ounce on Thursday, holding close to its highest levels in a month, as investors awaited the monthly US jobs report […]