Brent Crude: Oil rose to around $100 per barrel on Friday, but were still set to end the week lower, as escalating fears of a demand-sapping economic slowdown outweighed persistent supply-side issues.

The UK benchmark fell briefly below $95 per barrel on Thursday to levels last seen before Russia invaded Ukraine, as investors worried that faster monetary tightening aimed at curbing inflation would hit oil demand.

Oil prices were able to recoup some of those losses amid prospects of a less aggressive US rate hike, but remained nearly 7% down so far this week. A rallying dollar and resurgent Covid-19 outbreaks in China also weighed on crude prices.

Moreover, US President Joe Biden is set to visit Saudi Arabia later today where he will attend a summit of Gulf allies and call for them to ramp up oil production. However, OPEC member countries are reportedly pumping at maximum capacity and the prospects for additional supply are unclear. 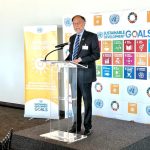