While palm oil futures fell for a second day after a leading analyst warned prices would plunge by more than 30% by the end of this year due to ample supply and weaker demand.

The benchmark palm oil contract for December delivery on the Bursa Malaysia Derivatives Exchange slid 93 ringgit, or 2.43%, to 3,733 ringgit ($815.60) a tonne. The contract, however, logged a second straight weekly gain, up 0.2%.

Palm oil prices will plunge to 2,500 ringgit ($547.29) by the end of December, weighed down by improving production, demand destruction and a slowdown in major economies, leading analyst Dorab Mistry told the Globoil conference in Agra, India.

The contract rallied to a record high in March after Russia’s invasion of Ukraine triggered a global edible oil shortage, but prices have plunged by nearly 50% since, partly due to jitters over a global recession.

Macroeconomic worries loomed over global equity and commodities markets a day after the U.S. central bank hiked rates by 75 basis points for a third time, as expected, and raised its rate target to its highest since 2008.

Indonesia’s palm oil exports are set to jump in the second half of the year after export levies were scrapped, but the annual total will still be lower than last year’s 33.7 million tonnes due to earlier restrictions, the Indonesian Palm Oil Association said on the sidelines of the Globoil Conference.

Dalian’s most-active soyoil contract fell 1.1%, while its palm oil contract <DCPcv1 dropped 1.7%. Soyoil prices on the Chicago Board of Trade were down 1.9%. 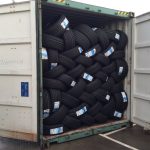