Gold prices internationally and Domestically in Pakistan on DEC 14, 2022

Internationally Gold steadied above $1,800 an ounce on Wednesday as investors stayed on the sidelines ahead of the US Federal Reserve’s interest rate decision, where it is expected to moderate its aggressive tightening campaign but point to a higher peak for rates.

Other major central banks including the European Central Bank, Bank of England and Swiss National Bank are also scheduled to decide on monetary policy this week.

Meanwhile, the metal surged nearly 2% on Tuesday to reach its highest levels in over five months following the release of cooler-than-expected US consumer price data.

The annual inflation rate in the US slowed to 7.1% in November 2022, compared to 7.7% in October and below market expectations of 7.3%. Gold is highly sensitive to the rates outlook as higher interest rates raise the opportunity cost of holding non-yielding bullion and dent its appeal, and vice versa. 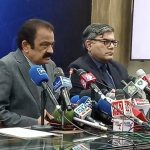 Next Article Today Dollar Position And Currency Rates In Pakistan on DEC 14, 2022

ISLAMABAD: The Asian Development Band (ADB) will provide flood relief support to Pakistan to the tune of US$ 2.3 to 2.5 billion including US$ 1.5 […]

ISLAMABAD: US Ambassador in Pakistan Donald Blome on Wednesday said the United States trade was  considering allowing Pakistan access to the US beef market and […]