A crowded period of results from the world’s biggest tech firms has been marked by misses and uncertainty — making it clear that the pandemic-era boom has tipped toward downturn.

Amazon beat sales estimates to reach $121 billion in the quarter, and revenue climbed at its cloud-computing platform Amazon Web Services, which brought in $5.7 billion. The market responded with a 12-percent jump in after-hours trading.

For Apple, product sales tallied $63.4 billion in a drop from the same period a year earlier, but the dip was more than made up for by services revenue that climbed to $19.6 billion, earnings figures showed.

“Our June quarter results continued to demonstrate our ability to manage our business effectively despite the challenging operating environment,” Luca Maestri, Apple’s CFO, said in a statement.

Recession fears, a strong Dollar, shrinking advertising budgets and inflation — headwinds are coming from every direction at the moment.

Microsoft and Facebook-owner Meta both cited the harm to their business from a strong dollar: when America’s Currency gains too much value, it can make products more expensive overseas or eat away at a beneficial exchange rate.

The social media giant pointed to the greenback’s role in the firm’s first year-on-year revenue decline since going public in 2012.

In addition to the generally bumpy economic times, firms such as Netflix and Meta are fighting fierce competition from rivals — and both reported losing some ground. 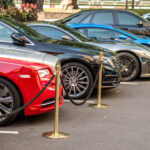 WhatsApp is probably the most famous and fastest messaging app and it is owned by Facebook’s parent company, Meta. WhatsApp features has been able to retain […]