Another Pakistani textile firm cuts production by up to 50% 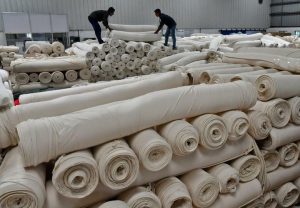 Economic distress continued to bite Pakistan’s textile sector after another local textile firm announced on Tuesday that it will curtail production by half.

Crescent Fibres Limited, engaged in the manufacture and sale of yarn, conveyed to the Pakistan Stock Exchange (PSX) that the company has decided to curtail production by up to 50% on a temporary basis.

“As you are aware, the global economy is heading towards a recession and this has led to widespread demand destruction in the textile as well as other sectors. Keeping in view the global economic situation and outlook, the company has decided to curtail production by up to 50%,” said the notice.

“We believe this is a temporary measure and will continue to monitor the situation closely and be ready to restart as soon as demand improves which we expect in the second quarter of 2023,” added the notice.

The announcement comes as Pakistan faces multiple challenges including rising debt, low foreign exchange reserves, and an energy shortage, pushing companies to either shut down or limit their operations.

Ismail Iqbal Securities Limited (IISL), in its report released on Monday, projected Pakistan will witness a negative GDP growth rate of 1% in FY23.

“Industrial growth is expected to come at a negative 4% in FY23, as industries are shutting down operations amid low demand and lack of raw material availability,” said the brokerage house.

The textile sector, which remains Pakistan’s largest generator of export receipts, is feeling the heat of economic slowdown.

“We would like to inform you that due to the worldwide economic recession and low demand, it is not feasible to continue with full production in our plants,” said Suraj in its notice to the bourse.

The textile manufacturer said that the spindles would restart operations after improvement in market conditions.

“The company has an installed capacity of 219,528 spindles and 2,880 rotors in its spinning division. The company has decided to temporarily close 51,360 spindles after one month, due to current market conditions,” said Nishat 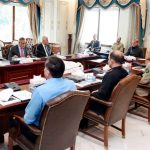 Next Article Crude oil prices trade below 77 $ , weakening by demand

UNITED NATIONS: The United States has ordered 12 members of Russia’s Mission to the United Nations in New York to leave the country by March […]