KARACHI:Textile millers have called on the government to release imported textile machinery and spare parts
immediately to ensure smooth operation of the sector.

“We urge the government to allow immediate release of textile machinery and spare parts that are ban due to the
restrictions on import of items covered under Chapter 84 and 85 of the Customs Tariff,” said Asif Inam, Chairman
of the All Pakistan Textile Mills Association (APTMA) in a statement.

“The restriction on the clearance of machinery is ostensibly pushing the industrial sector towards a new crisis,” noted
Shabbir Mansha Churra, Vice President of the Federation of Pakistan Chamber of Commerce and Industries (FPCCI).

“The policies of the State Bank of Pakistan (SBP) go against economic logic,” he added.

“If imported textile machinery  and parts, which are essential for the smooth functioning of power plants, are halt,
the industry will stop running gradually,” Asif Inam emphasised.

He further stated that, “Our members are facing severe problems running their mills due to the government ban,
and subjecting the SBP to the permission of the federal government.”

“Therefore, the recent restrictions on textile machinery imports will likely affect our textile exports as companies are
unable to update and maintain their equipment to meet international standards,” he added.

“The government should allow immediate release of machinery required by the textile sector, which has the highest
contribution to overall exports,” added Saad Ziker, a Textile Sector Analyst.

“If the government does not allow this, there will be difficulties in completing orders which are already booked,” he added.

Inam highlighted that, “the textile industry is a major export-oriented industry reeling in more than 60% of
Pakistan’s foreign exchange earnings.”

He further requested Prime Minister Shehbaz Sharif and the Minister for Finance, Miftah Ismail to take notice of
the situation and issue directives to the relevant authorities to allow import of textile machinery and spare parts
covered under Chapter 84 and 85 of the Customs Tariff without any further delays and in the best interest of
the country’s economy.

“If orders are not completed on time, it will create a disruption from our side and produce a negative image of
Pakistan in international forums,” urged Ziker.

“Government officials should realise that textile exports are the key to reducing the current account deficit (CAD).
If exports do not increase, it will ultimately have an impact on the overall economic performance of the country,” he warned. 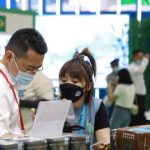 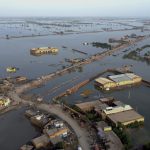 BEIJING:The cooperation between China and Pakistan on dairy industry and diversified demands for high-quality dairy products in China will provide a new development direction for […]