Bean Outlook: Everyone wants to know how bad the South American bean yields will be. Unfortunately, it is extremely difficult to predict upcoming bean yields there accurately.

Even in the US, most farmers I know are unwilling to estimate their bean yields before the combine is in the field, let alone a month or two before. The bean rally over the last few weeks is mostly due to persistent dry weather in the southern third of Brazil and much of Paraguay, which usually produces about 10% the size of Brazil’s crop.

While crops in both of those countries have suffered, the extent of yield reductions is still uncertain. Last summer predictions ran wild on how bad US bean yields in the northwest soybean belt would be. In the end, farmers in those areas were surprised their yields were not as badly affected as originally feared. Similarly, it seems just too early to estimate final bean yields with any accuracy in South America right now. Argentina’s beans have more growing season ahead of them, so weather there could still have a big effect on final yields.

This leaves the US bean supply as the global “bean back up” plan. If everyone else runs out, US beans become much more valuable. At the end of the day, it will come down to weather and if someone could predict weather long-term accurately,

They could predict future prices too. If South America’s crop continues to be reduced, US bean prices will increase. If this happens it potentially could cause an acreage battle with corn in the spring. 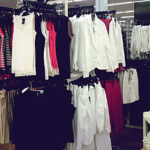