The soybean market in Paranagua had at least four deals confirmed and premiums remain high.

As the market focuses on soybean crop losses caused by drought. Soybean production in South America may have a reduction of up to 20million tonnes in relation to initial expectations, according to market participants.

This causes international soybean prices and premiums in Brazil to remain at high levels.

Most of Argentina’s agricultural region will be hit in the coming days by a heatwave accompanied by little or no rainfall, adding pressure to adverse conditions that its corn and soybean crops have suffered for weeks, the Buenos Aires Grains Exchange said on Thursday.

Since mid-December, a large part of the country’s main agricultural areas have experienced dry conditions, while temperatures have soared with arrival of the southern hemisphere summer, cutting yields and causing fears of more losses. 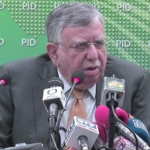 2 thoughts on “Brazil soya crop is in trouble”

Brent Crude oil increased to a 9-week high of 96.77 USD/Bbl on Friday after losing 1.6% in the previous session, weighed down by renewed fears […]