Brent Crude Oil Recovers to Above $93

Brent Crude: rose more than 1% to above $93 per barrel Wednesday, attempting to recover from a 6-month low of $91.5 hit earlier in the session after government data showed US crude stockpiles declined the most in four months.

The oil market has been under pressure this week, weighed by concerns that a global economic slowdown could heavily impact energy demand and a potential boost in Iranian supply.

The EU said on Tuesday that it was studying Iran’s response to a “final” draft agreement on reviving the 2015 nuclear accord, and analysts said that a potential deal could unleash about 2.5 million bpd of Iranian crude to the global markets. 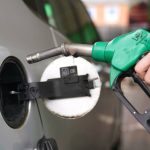 The Brazilian state of Parana, one of the largest grain producers in the South American country, has again cut its 2021/22 soybean crop forecast due […]