Quoting figures acquired from the United Nations World Food Organisation (WFO) he said, “We are estimating around
200,000 to 300,000 tons of rice lost in these floods which will be reflect in Pakistan’s exports.”

“Pakistan is slogging through one of the most devastating disasters in the country’s history on account of floods that left a
third of land under water,” lamented the PHHSA chairman.

Explaining that the country’s agriculture sector remained the most affected, he said, “35% of the standing rice crop was
damage in Sindh and 29% in South Punjab,
while other rice growing areas were also partially hits excessive heatwaves  affects the yields.”

“The deadly floods destroyed cash crop & suffers vast hectares of cotton and rice crops, a key source of employment and forex for the nation,
” he highlighted.Quoting preliminary reports from WFO, he said “Pakistan could lose at least a tenth of rice output to floods.”

Pakistan, the world’s fourth largest rice exporter, suffered extensive damage to agriculture, the mainstay of its economy,
as floods ravaged large swathes of its farmland, he bemoaned.

Pakistan is forecast to lost 10% of its 2022  estimate rice production of around 8.7 million tons,
making it difficult to achieve the rice exports target.

He demanded the government provide interest-free loans to all flood-hit farmers across the country as a top priority,
besides provision of all agricultural inputs, at a highly subsidised rate which includes fuel, seed, fertiliser and
electricity to afford some solace to this aggrieved section of society. 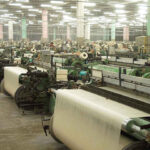 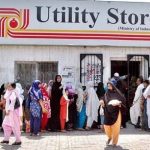 CHICAGO: Internationally Wheat futures fell to $8.9 in October, easing from the three-month low of $9.2 hit at the end of September and tracking the […]