Chicago : Wheat futures fell further to $7.1 in early December, the lowest since September 2021 amid strong supply from the world’s major producers and signs of lower demand.

Top exporter Russia achieved a record-high harvest in the current marketing year, extending competition into North America as poor export data divulged by the USDA without any production problems drove bids to decline in price. In the meantime, shipments from Ukraine through Black Sea ports continued after Russia agreed to extend the UN-brokered deal that guarantees a trade corridor for vessels carrying Ukrainian grain in the Black Sea for another four months.

According to Ukrainian authorities, the country was able to export more than 11 million tonnes of grain by ships since the start of the deal on August 1st, significantly easing shortage concerns in the current marketing year despite reporting a 6% drop in farm acreage due to destruction from the war

Previous Article Palm Oil Trade Below 3970 Ringgit, Pressured By Strengthened in the Ringgit 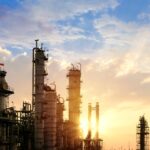 ISLAMABAD:  Pakistan Strategic wheat stocks of the country are recorded at 8.644 million tons, which are sufficient to tackle with the domestic food requirements as […]

ISLAMABAD: The wheat support price would be approved in the next meeting of the Economic Coordination Committee (ECC), the Senate Standing Committee on National Food […]