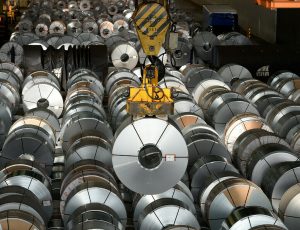 Last year, the world’s biggest aluminium producer and consumer brought in 2.39 million tonnes of unwrought aluminium and products, which includes primary metal and unwrought, alloyed aluminium, according to data from the General Administration of Customs released on Wednesday.

That compared with 3.2 million tonnes in 2021, a record year of shipments amid domestic supply disruptions caused by strict restrictions on industrial users.

Demand for the light metal used in construction, transportation and packaging sectors was hampered by China’s strict anti-coronavirus measures and its ailing property sector.

Economic growth in the world’s second-largest economy in 2022 slumped to one of its worst levels in nearly half.

That came after China abruptly abandoned its zero-COVID policy and sparked hopes of rising demand for industrial metals.

Imports of bauxite, the main source of aluminium ore, were 10.15 million tonnes last month, up 17% from a year ago.

Next Article Crude Oil Prices Fell Below 79 $ Per Barrel

In 2022 China Sees A Crucial For Its EV Industry

China considers this year as the crucial year for its new-energy vehicles industry to “go global,” according to the Chinese industry ministry. In a meeting […]

Govt To Facilitate Industries May Exempt Solar Equipment From All Taxes

ISLAMABAD:The government is likely to exempt solar equipment from all taxes aimed at achieving the target of 10,000 MWp from solar plants and promote local […]