ISLAMABAD(B-Trams): Prime Minister Imran Khan On Saturday while expressing his eagerness to attend the Beijing Winter Olympics 2022 during his upcoming visit to China, said that the time-tested ties between the two countries had grown strongly over a period of time.

During an interaction with the Chinese media, the prime minister said both countries had bonds of friendship spanning over a period of 70 years, further cemented with the China Pakistan Economic Corridor (CPEC).

About the CPEC, the prime minister said its first phase was focused on connectivity and energy sector, but now they were developing special economic zones and agriculture, seeking Chinese cooperation to help improve their productivity, crops yield and livestock, citing the latest varieties of cotton crop as developed by China.

He also referred to the information and technology as another realm of cooperation as the future of the world hinged over the growth of IT sector. He opined that China had made strides in IT field.

To a query, he said that the most impressive thing about China as acknowledged by the entire world was its success in taking 700 million people out of poverty during the last thirty or forty years, adding such huge achievement had never happened before in the human history.

About Pakistan’s focus on geo-economics strategy, the prime minister stressed upon strengthening of its economy which according to him had, unfortunately, never been paid attention in the past.

Talking about another field of cooperation between the two countries, he said that they would be learning from the Chinese experience over building the megacities and coping the problems of air pollution and waste disposal etc.He said Pakistan had been witnessing urbanization at the fastest pace and the Chinese model of urban development would be of great help.

The prime minister also referred to the construction of the Karakorum highway as a vital milestone in the chapter of Pakistan-China friendship. A number of Chinese died during its construction, he added.

The prime minister said they would also promote skiing in Gilgit Baltistan and some other parts of Khyber Pakhtunkhwa province which had ideal skiing locations, adding in this regard they would be looking towards Chinese cooperation and coordination as the country had performed well in the winter sports.

The prime minister also expressed best wishes on his behalf and on behalf of the people of Pakistan to the Chinese government and the people on the advent of new lunar year. 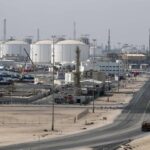 KARACHI: The Pakistani rupee maintained an uptick for a third consecutive working day, as it inched up by 0.31% (or Rs0.68) to close at a […]

ISLAMABAD:  Federal Minister for Finance and Revenue, Miftah Ismail on Sunday said that the government efforts to reduce imports have finally borne fruit. Imports in […]