Freight supports premiums
China’s soybean premiums rose faster than earlier this week on Thursday, in line with higher freight rates and despite muted trading liquidity.Differentials to the Chicago Board of Trade widened further from Wednesday for all deliveries, up by ¢8-15/bu along the curve, following higher freight rates from Brazil, with
crusher raising their bids. Rising prices in the paper market further supported premiums.Stronger premiums for the front month pushed China’s soybean import costs up by 30 yuan/t ($4.71/t) to over Yn4,170/t ($654.69/t) on the day. This resulted in a further decline in board crush margins, down to around minus Yn196/t, a new low since the front-month rolled to February for Argus assessments on 16 December. This further weighed
on Chinese crushers’ buying interest.Market liquidity remained muted ahead of the new year holiday, with limited bids heard from soybean crushers.Traders expected a more active market in January, as the major producing region in Brazil has started harvesting considerably earlier than last year. 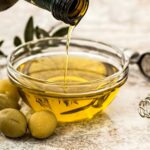 Next Article US soybean sales continue to weaken

ISLAMABAD: The Federal Board of Revenue (FBR) has imposed new terms and  conditions on the international carriage of goods by roads including responsibilities of the […]

Internationally and domestically prices of Gold

Internationally Gold Prices stabilized near $1,640 an ounce on Friday, but remained under pressure from a strong dollar and Treasury yields as the US Federal […]