BEIJING:The trade and commerce volumes signify that China wants to provide unconditional support and import more from Pakistan in order to uplift the economy of Pakistan.

It is worth mentioning that among the major products traded between the two countries, electronics, textiles, seafood, and agricultural products have been increased year-on-year, which has promoted Pakistan’s economic recovery.

Pakistan export to China was increased by 68.9% in 2021 and crossed the historical figure of $3.58 billion while the total import and export between the two countries stood at $27.82 billion, according to the official data from the General Administration of Customs (GACC) of China.

Pakistan’s export to China crossed $365.35 million in December 2021, up 17 percent, while in the same period of the previous year, it was $312.33 million, which is the second-highest figure of the year, China Economic Net (CEN) reported. 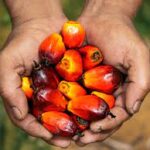 LAGOS: An explosion at an illegal oil refinery in southern Nigeria has killed at least 80 people, the emergency services said on Sunday. The explosion […]