ISLAMABAD: The semi-knocked down (CKD/SKD) products import of completely into the country witnessed decrease
of 30.96 percent during the first month of current fiscal year (2022-23) as compared to the corresponding period of last year.

Among the CKD/SKD products, the import of buses, trucks and other heavy vehicles decreased by 17.29 percent  from
$33.653 million last year to $27.

The import of buses, trucks, other heavy vehicles and motor cars also declined by 38.08 and 50.92 percent respectively.

However, the import motorcycles witnessed an increase of 5.51 percent.

Read More :
Toyota Motor Corp  said it would suspend the night shift operation on Tuesday at one production line at its factory in central Japan due to an outbreak of COVID-19, after it suspended operations there also on Monday night.

The suspension comes as the Japanese automaker seeks to boost its production in earnest after COVID-19 lockdowns in China and a global chip shortage forced it to repeatedly scale back output in the April-June quarter, falling about 10% short of its initially planned target. 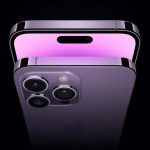 AL KHARSAAH :  QatarEnergy is working to expand its gas production and trading operations as global demand surges and will not divert liquefied natural gas […]

ISLAMABAD: The Oil and Gas Regulatory Authority (OGRA) on Thursday increased the price of liquefied petroleum gas (LPG) by Rs11.79 per kilogramme. The regulator issues the notification about the new […]