Amid what has been an ongoing drought in southern Brazil, downgrades to production have been no great surprise, but it waits to be seen if the USDA also reflects drought impacted production estimates.

Soybean production estimates were downgraded from 142.8Mt to 140.5Mt, while the USDA estimated 144Mt in the December WASDE, watch for downgrades tomorrow.

Corn production estimates were also downgraded, with total corn estimated at 112.9Mt, down from 117.2Mt, while the USDA estimated 118Mt in the December WASDE.

With drought conditions also impacting Argentina, watch out for further trims to South American production estimates in the January WASDE and other supply and demand estimates. 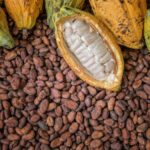 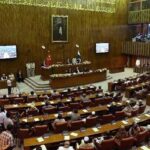 Next Article Senate Approve The Recommendations oF Mini Budget bill

KUALA LUMPUR: Malaysia’s palm oil once again hit 4 weeks high ,As the low production concern due to the provoking floods situation . which hits […]