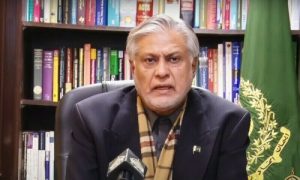 Federal Minister for Finance and Revenue Ishaq Dar said on Monday that the government would make it easier for all exporters to import the raw materials, components, and accessories they need, including five previously zero-rated export-oriented sectors.
“Export industry is one of the highest priority of our government,” Dar wrote on Twitter.
“All other exporters will receive full facilitation for the import of raw materials, components, and accessories to meet their export requirements, in addition to the announcement comes as exporters and other industrialists battle to have their Letters of Credit (LCs) issued as the nation battles a dire foreign exchange crisis. He five (previously) zero-rated export-oriented sectors.”
Thousands of containers at Karachi Port, containers filled with raw materials, raw food products, and medical equipment are being held.

Soaring Inflation hitting an economy Growth:
A shortage of crucial dollars has left banks refusing to issue new letters of credit for importers, hitting an economy already squeezed by soaring inflation and lacklustre growth.
“We’ve got thousands of containers stranded at the port because of the shortage of dollars,” said Maqbool Ahmed Malik, chairman of the customs association, adding that operations were down at least 50%.
A Brief Analysis Of State Bank Of Pakistan:
last week dwindled to $4.34 billion – the lowest in nearly nine years – with obligations of more than $8 billion due in the first quarter alone.
The reserves are enough to pay for around a month of imports, according to analysts. Pakistan’s economy has crumbled alongside a simmering political crisis, with the rupee plummeting and inflation at decades-high levels, while devastating floods and a major shortage of energy have piled on further pressure.
The forex crisis has deepened the woes of textile manufacturers, which are responsible for around 60% of Pakistan’s exports.
They have suffered due to the country’s energy shortages, damage to cotton crops during the floods, and a recent tax hike.
Meanwhile, some factories have complained of a backlog of imported raw materials such as dyes, buttons, zippers and spare parts for machinery held up at the Karachi port.
Meanwhile, Governor SBP Jameel Ahmad assured the business community manufacturers predicted bleak prospects for industrial output if import of raw materials continues prohibited, hence they advocated for resolving the issue of dollar limits quickly. 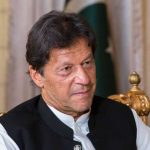 ISLAMABAD: Following the successful dissolution of the Punjab Assembly last week, the Pakistan Tehreek-e-Insaf (PTI) has announced that it would dissolve the Khyber Pakhtunkhwa […]

The Prices of Petrol and Diesel Will Hike 35-Rupee ; Ishaq Dar

ISLAMABAD: Minister of Finance Ishaq Dar announced an increase of Rs35 in prices of petrol and diesel, that will be applied from today, While briefing […]

ISLAMABAD: Ishaq Dar, the finance minister of Pakistan, reaffirmed that the nation would not declare bankruptcy amid worries about the economy, according to The sources, […]