Brent Crude Oil : Jumped 3% to nearly 5-week highs above $97 per barrel on Friday and were set to gain more than 13% this week, the most since early March as OPEC+ agreed to cut production by 2 million barrels per day or about 2% of global supply from November.

That would be the biggest output cut since the start of the pandemic, though Saudi Arabia’s oil minister said the actual cut will likely be around 1-1.1 million barrels as some members are already pumping below targets.

US President Joe Biden showed dismay over OPEC+’s decision on Thursday and said the US was looking for ways to keep prices from rising. Goldman Sachs significantly raised its oil price forecast after the OPEC+ move, projecting Brent prices to reach $104 per barrel this year and $110 per barrel in 2023.

Adding to supply concerns, Russia warned again this week that it won’t sell oil to countries that support the US-led plan to impose a price cap on Russian oil. 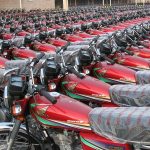 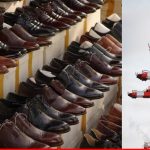 What Did World Expensive Automobile Industry Tesla Do For Consumers For Minor Fault ?

WASHINGTON :  Tesla is recalling more than 321,000 vehicles in the United States because tail lights may intermittently fail to illuminate, the company said in […]

ISLAMABAD(B – Trams ):Domesticaly the  production of cooking oil during first 07 months of current financial year increased by 6.1%, where as vegetable ghee decreased […]

The soybean market in Paranagua had at least four deals confirmed and premiums remain high. As the market focuses on soybean crop losses caused by […]