WTI Crude Oil edged above $71 per barrel on Monday as the Keystone Pipeline that connects fields in Canada to refiners in the US Gulf Coast remained shut, while Russian President Vladimir Putin’s threat to cut production in retaliation to a Western price cap on Russian oil kept markets on edge.

Investors also continued to assess the effect of the latest European Union sanctions on Russian oil, though analysts said that they had little impact on global markets so far. On the demand side, investors welcomed China’s loosening Covid restrictions that could revive energy consumption in the world’s largest crude importer.

Meanwhile, the US oil benchmark plunged more than 10% last week as renewed fears of a global recession gripped commodity markets. Investors were worried that major economies would not be able to achieve a soft landing as central banks are set to raise interest rates further to bring down inflation. 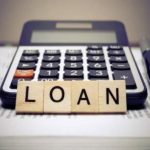 Previous Article Pakistan to Get 32 Bln $ Loans This Year 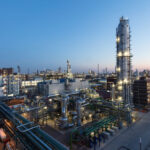 WTI crude oil dropped about 3% to around $74 per barrel on Monday, sinking to the lowest levels since December last year as widespread protests […]