WTI crude oil prices  climbed toward $79 per barrel on Wednesday, rising for the third straight session after an industry report pointed to a large drop in US crude inventories, while a looming OPEC+ meeting stoked fears of more production cuts.

Meanwhile, OPEC+ is scheduled to meet on Dec. 4 to decide on output policy, and speculation that the group would cut production further to counter market weakness has been gaining traction. On the demand side,

While Stocks of crude oil in the United States tumbled by 7.85 million barrels in the week ended November 25th, 2022, well above market expectations of a 2.487-million-barrel decrease and following a 4.819 million barrels draw in the previous week, data from the American Petroleum Institute showed. It was the sharpest decline since the week ended July 2th, 2021.

Also China’s national health authority said it would bolster vaccination among its senior citizens and avoid severe restrictions, fueling speculation that the world’s top crude consumer is bending to pressure for a swifter reopening while offering a better outlook for demand

Keeping a lid on prices were reports that OPEC and its allies, including Russia, would not adjust their output quotes at their next meeting on December 4th, a move seen bearish for markets given the deteriorating outlook for global demand 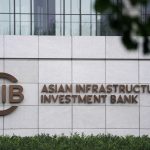 Next Article Today Internationally And Domestically Gold Prices In Pakistan

Market News: Palm oil prices are likely to strengthen further as excessive rain in key producing countries curbs output, while demand increases for its use […]