WTI Crude oil held below $78 per barrel and Brent crude oil held below $85 per barrel on Thursday after closing at a two-month low in the previous session, remaining under pressure as surging Covid cases in China stoked fears of even tighter movement restrictions that could hurt energy demand in the world’s top crude importer.

Investors also weighed a larger-than-expected build in US gasoline stocks, which jumped by 3.058 million barrels last week despite forecasts for a 383,000 barrel gain, though US crude inventories dropped significantly.

Meanwhile, markets evaluated the impact of the G7’s proposed price cap on Russian oil in the range of $65-70 per barrel, higher than current prices for Urals.

Analysts suggested that a high cap may have minimal effect on markets as it would likely not disrupt Russian flows. Still, investors remained cautious as OPEC could further intervene in markets to cope with a recession-driven demand downturn.

While US natural gas futures eased gains to trade at $7.3/MMBtu, after the latest EIA data showed a smaller-than-expected draw in inventories.

Still, prices remain at the highest level in two months, on prospects of more robust domestic and international demand ahead of the upcoming winter season.

The Freeport LNG export plant in Texas, forced offline in June following a fire, expects to begin bringing operations back online in mid-December, at the same time as Europe is clamoring for US exports after Russia threatened to cut supplies even further. 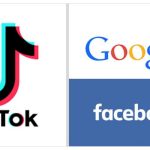