Crude Oil: prices were near flat on Friday, as optimism about a possible rise in energy demand in China faded and the market weighed concerns about steep inflation.

Brent crude prices was on track for a weekly gain of 0.7%, while WTI was expected to fall 1.3% following a rollover in front-month contracts.

To fight inflation, the U.S. Federal Reserve is trying to slow the economy and will keep raising its short-term rate target, Federal Reserve Bank of Philadelphia President Patrick Harker said on Thursday. 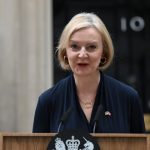 Next Article Exports increase by 40 percent to Rs1.605 trillion Q1